J.C. Newman Announces Plans for Hotel, Restaurant, and Cigar Lounge
After relocating a bat colony, J.C. Newman will restore a historic hotel across from El Reloj.
Tampa, FL – J.C. Newman Cigar Company is announcing that it is restoring the historic Sanchez y Haya hotel across the street from its El Reloj cigar factory.  J.C. Newman plans to open a new hotel, restaurant, and cigar lounge in the building in late 2023.  The Sanchez y Haya hotel was built in 1910 by Serafin Sanchez and Ignacio Haya who built the first cigar factory in Tampa in 1885.

“Last year, we restored our iconic El Reloj cigar factory and created the premier cigar destination in the United States,” said Drew Newman, general counsel and great-grandson of the founder.  “We opened a new three-level cigar museum, interactive theater showing old cigar films, and space to host cigar-friendly events.  We offer guided factory tours and are about to open our Rolling School where we will teach cigar enthusiasts to roll and blend their own cigars.”

“My family and I have been overwhelmed by the number of people who want to visit El Reloj,” said Newman.  “We realized that we need to provide more amenities to host our visitors.  Restoring the historic Sanchez y Haya hotel will help us welcome even more cigar lovers to Tampa’s Ybor City cigar district.”

Before work on restoring the Sanchez y Haya hotel can begin, J.C. Newman must first relocate a colony of as many as 10,000 bats that have inhabited the abandoned hotel for decades.  With the assistance of a nonprofit bat rescue, J.C. Newman is building new, custom bat houses for the bat colony in a new park across the street from El Reloj.  Fox News and the Tampa Bay Times (story and photos below).

“We want our bat colony to grow and thrive,” said Newman.  “Our bats will become a tourist attraction of their own and will, perhaps, inspire a special, new cigar in the future.”

The bats, according to Finn, are the size of an adult thumb when sleeping and have up to 10-inch wingspans when flying.
They spend days sleeping in an area between the ceiling and roof of the building’s outdoor balcony and then fly off in search of food at dusk, sometimes in drips and drabs and sometimes like a plume of smoke, Rasmussen said.

The Newman company purchased the building in August 2020 for $650,000, according to the Hillsborough County Property Appraiser’s website.

Restoring and converting it into a cafe, cigar lounge and hotel could cost millions, Newman said. “We hope to complete the project and open by the end of 2023. Our first priority is protecting our colony of bats. We need to safely relocate the bats to bat houses.”

The bat houses will be across the street in a grassy lot that the Newman company owns.
Placed on 24-foot-high poles, each will measure around 2x2x4 foot and fit between 800 and 1,200 bats, Finn said. She won’t know how many are needed until the size of the bat population is determined. 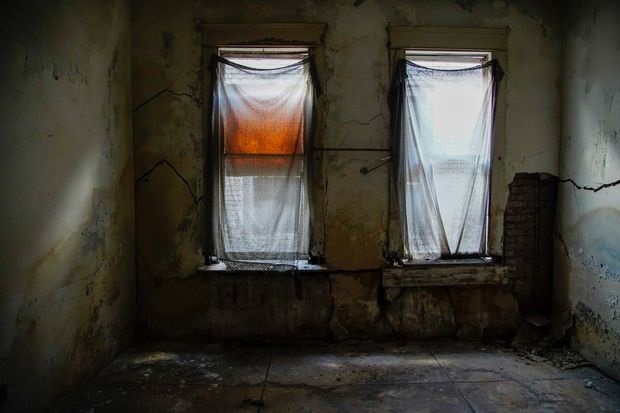 According to literature provided by Finn regarding bat relocation, when bats fly off on moving day, they must seal up the building’s windows and holes and block the balcony, likely with some sort of mesh wire. They will install “exclusion tubes” that remaining bats can use as exits but that cannot be used as entrances. Most of the bats should move to the houses.

Newman said they will turn that grassy lot into a park from which people can watch the bats fly off each evening.

They do not yet have a date for relocating the bats, but it must be done before maternity season, which spans April 15 through Aug. 15, Finn said. “Doing it during maternity season would cause a lot of death. The pups don’t leave, so they would be left behind on their own.”

Removing the bats will be the easy part of the restoration process, said Kara Guagliardo, director of community engagement for the Newman company.

The building is designated a local historic landmark, but is in such bad shape that “we could easily get permission to demolish it,” Guagliardo said as she pointed out a first-floor support beam that is nearly collapsing. “I think most people would. But we won’t. We’re committed to saving it.”

Sanchez y Haya was the first cigar company to open a factory in Tampa, doing so in 1886.

The Newman’s cigar factory, the last operating one in Tampa, was built and originally used in 1910 by El Regensburg & Sons Cigar Company. Sanchez y Haya opened the building across the street in the same year. The first floor was a cafe and the second a 30-room hotel.

“The hotel served visitors to the factory,” Newman said. “It was the first reinforced concrete building in Tampa, making it waterproof and fireproof.” 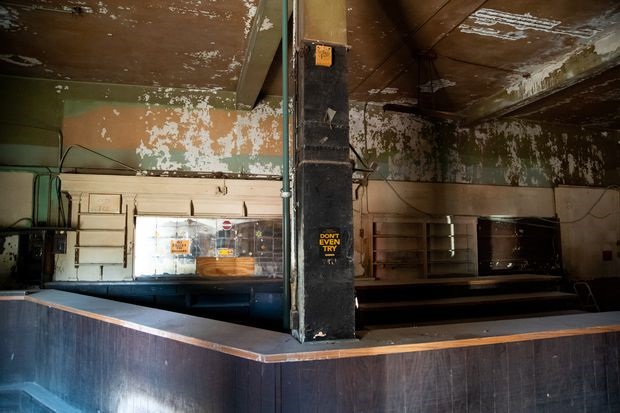 During prohibition, according to news archives, the first floor was El Avance Restaurant. By day it slung Cuban food and coffee. But, by night, it hosted an illegal liquor operation.

But the building has been “has been abandoned for a couple of decades,” Newman added.
Enter the thriving bat colony.

“We envision restoring this 111-year-old building to its historic grandeur — bringing it back to life the way it was when it opened in 1910. But we need to safely relocate the bats before we can begin.