CAO International, Inc. is the producer of one of the country’s top lines of premium cigars.  Founded by Cano A. Ozgener in Nashville as a labor of love 41 years ago, today CAO products can be found on every continent in the world with the exception of Antarctica.

Since then they have been acquired by General Cigar Company which is one of the world’s foremost manufacturers and marketers of premium cigars.  Their artisans in the Dominican Republic, Honduras, and Nicaragua are passionate about handcrafting their iconic products to maximize the cigar smoking experience.  General Cigar’s portfolio of acclaimed brands includes Macanudo, Cohiba, Partagás, La Gloria Cubana, CAO, Hoyo de Monterrey, Excalibur and Foundry.

Given their large size, they are able to buy, age and store their own tobacco, operating three factories in each of the top cigar-making countries.  As a result, their team of cigar masters can utilize an extremely broad base of tobacco in creating new blends, and they can move quickly to bring innovative new products to consumers.  Their joint venture with the Plasencia Group provides additional capabilities in leaf growing, processing, and cigar making.  The Plasencia Group’s highly regarded, family-owned operations encompass five cigar factories and more than 20,000 acres of tobacco farms.

They respond assertively to challenges facing the premium cigar category, working to protect the right to enjoy handmade cigars in this country.  Members of their executive team are active in every major cigar industry association, and they have their own team of dedicated lobbyists on both the state and federal levels.

This cigar has a silky smooth feel and sweet aroma on the wrapper.  The pre-light smell is light with a cedar aroma along with earth and spice notes.  There are no visible seams on the wrapper, which itself has a little bit of spice smell and hints of woody notes. 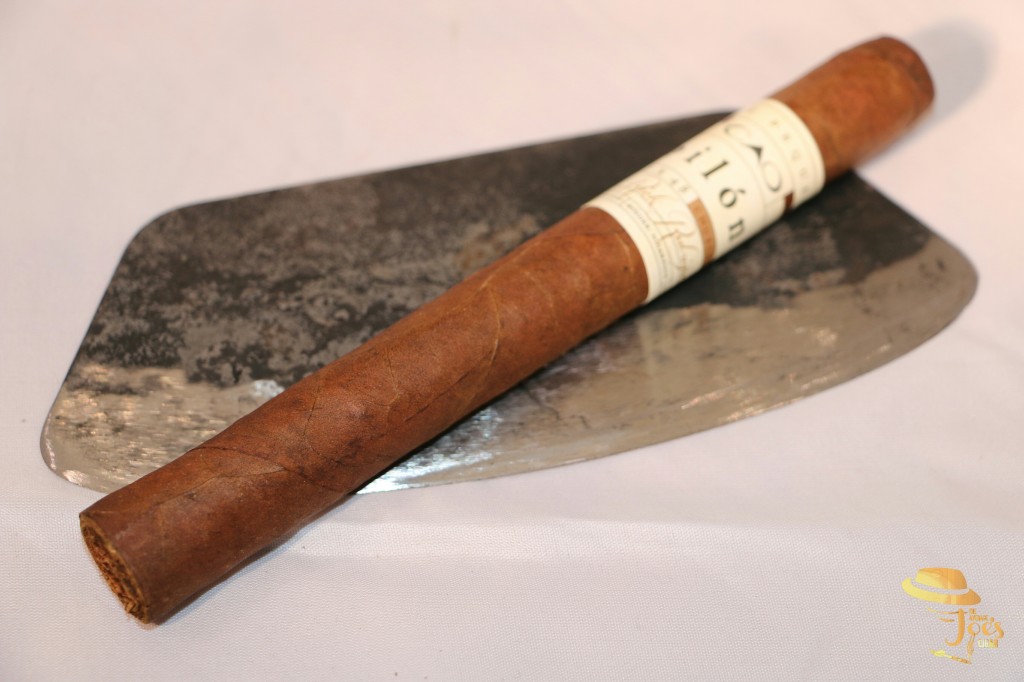 1st quarter: Right from the start, there is an open draw that produced plenty of thick smoke through to the palate.  Unique spice flavors were introduced to the palate with plenty of thick white smoke.  Flavors of earthiness and spice developed with a cocoa texture.  2nd quarter: An effortless and smooth draw allowed big clouds of smoke through.  Spice was introduced with a lot of earthy smoke through the nose and on the palate.  Flavor and strength began to intensify as the cigar was smoked and its rich aroma remained consistently alluring.  3rd quarter: An excellent burn provided for an effortless smoking experience.  Thick white clouds of smoke offered spice and continued to play an important role in the profile.  The cigar continued to gradually build in complexity with a richness of earthiness and tobacco notes.  4th quarter: Once the final portion of the cigar began, it was slightly challenging to keep it lit but this issue resolved itself relatively quickly.  Back on track, the Pilon ended with a woody earthy tone that developed with noticeable spices.  It finished as a mild body that slowly grew to a solid medium body.

The CAO Pilon cigar is a medium body with a full consistent flavor.  It has great construction with an incredibly even burn that produced a long dense ash.  It offers a fair amount of complexity with spice and solid characters in the profile.  A big, alluring aroma with spices was present throughout.  The Pilon gradually builds into a full, medium body with a big flavor profile that lingers on the palate.