Zenith celebrates the 50th anniversary of a cuban legend: Cohiba

Both legendary in their own right, Zenith and Cohiba share the same philosophy of excellence, sophistication and exclusivity. The former is a Swiss watchmaking Manufacture building on 150 years of innovation and expertise, while the latter is the celebrated name of the most sought-after cigars in the world. Created in 1966, today the Cohiba brand is celebrating half a century of existence. At its side on the occasion of this anniversary, Zenith is presenting a limited series of its legendary El Primero chronograph, with 50 watches in rose gold and 500 in stainless steel, all featuring a Havana brown dial and emblematic Cohiba motifs. A combination of elegance and technicality, the El Primero Chronomaster 1969 Cohiba Edition exudes a full-bodied fragrance tinged with daring and pleasure.

Zenith and Cohiba, two legendary Manufactures with a shared universe of authenticity, precision and excellence. Each one infuses passion and expertise into exceptional creations so as to bring unmatched enjoyment to experienced connoisseurs. The first ever Cohiba watch, the El Primero Chronomaster 1969 Cohiba Edition by Zenith celebrates the 50th anniversary of the world’s most prestigious cigar brand. Like the most luxurious of hand-rolled Cuban cigars, it embodies high-quality craftsmanship dedicated to an exclusive way of life.

Aldo Magada says: “At Zenith we are proud and happy to be partnering with Cohiba, which is not only the best Habanos brand, but also represents the same relentless quest for product excellence that we have been pursuing for more than 150 years. The priority for both companies is to enhance the customer experience, thanks to the unique craftsmanship of our artisans. We are convinced that the limited series Zenith is offering will please connoisseurs of both worlds”. 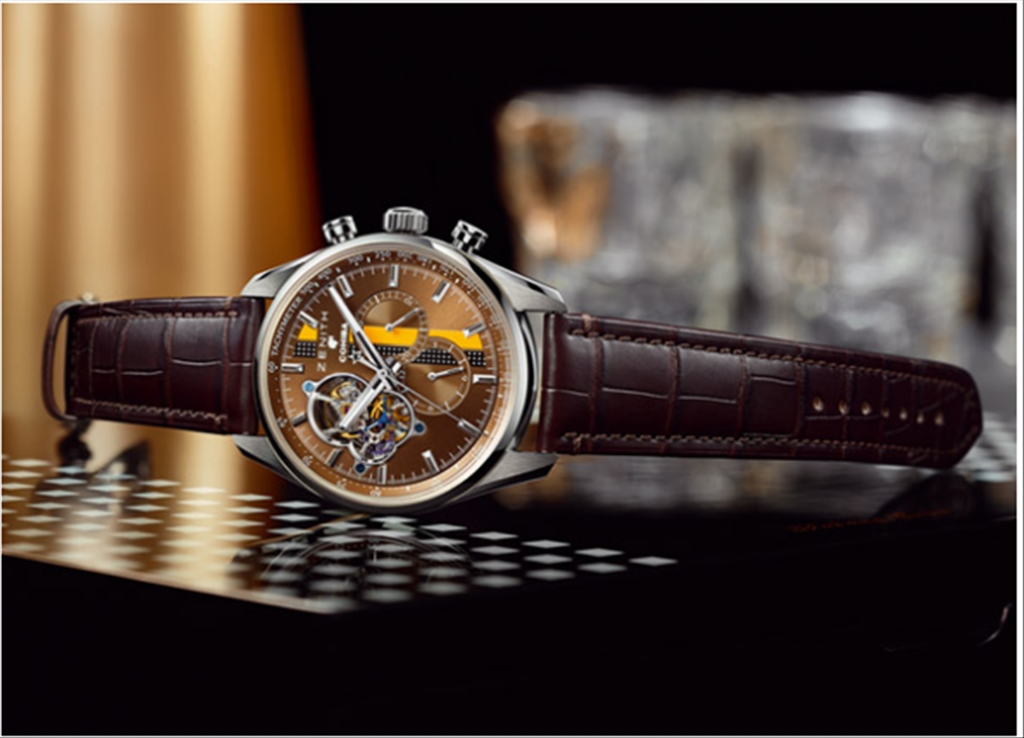 “Here at Habanos S.A., we are very pleased and excited about this collaboration. These are two legendary brands with a similar history based on exclusivity and innovation, both sharing the same vision to deliver excellence to clients. The result is a series of exceptional watches, and a real tribute to the 50th anniversary of Cohiba.” Javier Terrés, Development VP.

After celebrating The Rolling Stones March 2016 concert in Cuba with a dedicated model, Zenith is once again in the spotlight in this genuine, passionate and vibrant country. On May 24th, at the very heart of Havana, the watchmaking Manufacture represented by its CEO, Aldo Magada, launched the watch commemorating the 50th anniversary of Cohiba, the emblematic Habanos brand!

The unique expertise of the master cigar maker

Like the Manufacture Zenith, a pioneer in Fine Watchmaking, the Cohiba brand is an avant-garde actor in the world of Habanos. Unashamedly elitist, entirely hand-made withlong filler Cohiba cigars are the most exclusive Habanos cigars and the preserve of the most discerning connoisseurs. From 1966 until 1982, the brand was exclusively used as an institutional gift by the Cuban Government to foreign statesmen and diplomats. Christened Cohiba in 1966 and officially registered in 1969, the name of the brand comes from the term used by Tainos Indians to describe the rolls of tobacco leaves, which were the ancestors of cigars. Since then, the Manufacture has been established in a magnificent 1920s townhouse – “El Laguito” – located in Cubanacán district of Havana. All the leaves from which a Cohiba is made are the cream of the crop, meticulously selected from the best fields – Vegas de Primera – in the Vuelta Abajo * region (Pinar del Río* province). Part of the secret of the Cohiba lies in an additional fermentation of the Seco and Ligero leaves of its blend which takes place in wooden barrels. This very special process is reflected in a complex aroma and balanced taste, combining power and delicacy.

Produced in a limited series of 50 in rose gold and 500 in steel, the exclusive “anniversary” El Primero Chronomaster 1969 Cohiba Edition by Zenith is adorned in glossy chestnut reminiscent of the amber colour of the prestigious cigars. In a nod to the ultimate cigar, its Havana brown dial is spanned with vertical lines and distinctive motifs of the Cuban brand. The famous profile of aboriginal chief Taino, the manufacture’s emblem, appears alongside the Zenith and Cohiba logos. Beating to the vibrant rhythm of a legendary movement, the El Primero Chronomaster 1969 Cohiba Edition flaunts clean, sleek lines. Its high-frequency mechanism is housed in an elegant 42 mm-diameter rose gold case, fitted with a fluted crown and two round push-pieces. Topped by a domed sapphire crystal, this display with its sophisticated allure is punctuated by facetted, luminescent hands. The sapphire caseback, engraved with the Cohiba’s 50th anniversary logo, reveals an oscillating weight adorned with “Côtes de Genève”. 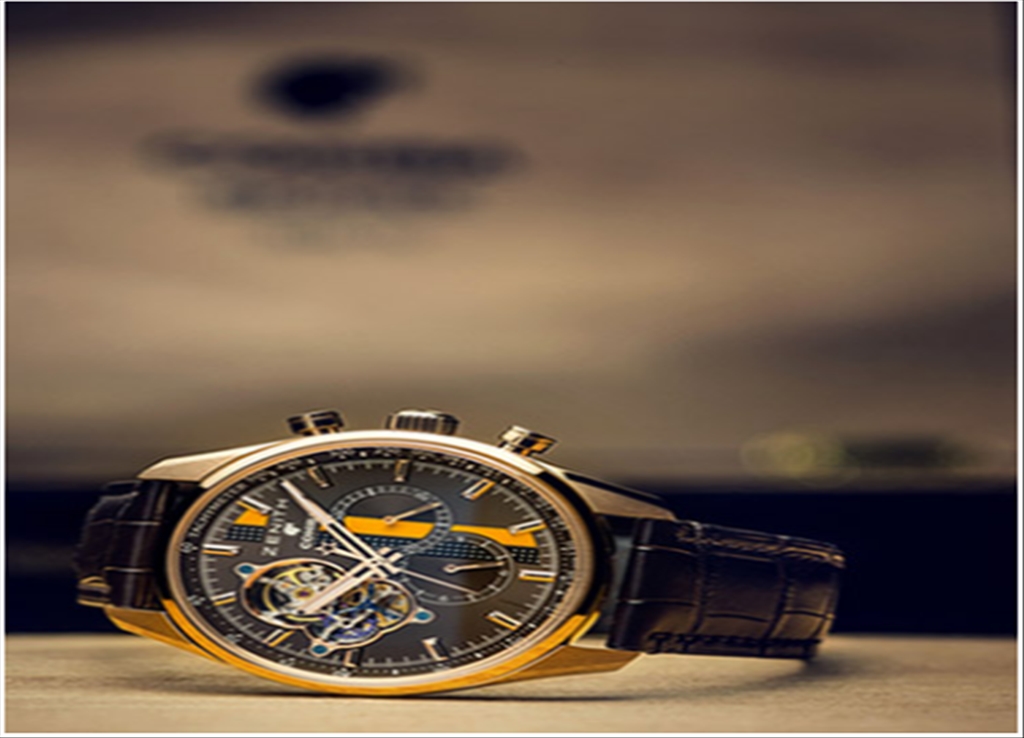 A whirl of pulsating precision

At 11 o’clock, the famous opening of the dial reveals the palpitations of the automatic El Primero 4061 chronograph movement. With its impetuous 36,000 vibrations an hour cadence enabling a 1/10th of a second display, its COSC precision-certified chronometer and integrated column-wheel construction, this El Primero ‘engine’ is a worthy heir to the world’s most precise series-made chronograph series presented by Zenith in 1969. Equipped with a silicon lever and escape-wheel, this 282-part movement driving central hour and minute, chronograph and tachymeter functions is endowed with an over 50-hour power reserve.

Developed for sophisticated connoisseurs, the El Primero Chronomaster 1969 Cohiba Edition watch is presented in an exclusive wooden box in the colours of the legendary Habanos cigar.

Zenith is a brand that has been bringing style and substance to the wrists of watchmaking cognoscenti all over the world for more than 150 years. Founded in Le Locle in 1865 by a visionary watchmaker, Georges Favre-Jacot, the Manufacture Zenith gained swift recognition for the precision of its chronometers, with which it has won 2,333 chronometry prizes in a century and a half of existence: an absolute record. Having earned fame thanks to its legendary El Primero calibre – an integrated automatic column-wheel chronograph movement launched in 1969 and endowed with a high frequency of 36,000 vibrations per hour that ensures short-time measurements accurate to the nearest 1/10th of a second – the Manufacture Zenith has since developed over 600 movement variations. Zenith remains one of a select group of traditional luxury watch brands to produce all its movements in-house, the industry’s ultimate token of quality. Engaged on several vintage territories such as classic cars, Zenith currently offers a collection of exclusive and ageless finely crafted timepieces designed for sartorially minded men and women. Zenith’s rich heritage, tradition, passion and pursuit of excellence reflect the legacy of its slogan “Legends live forever”.

Corporación Habanos, S.A. is the world leader in the commercialisation of Premiumcigars both in Cuba as in the rest of the world. It has a network of exclusive distributors present in five continents and in over 150 countries. Habanos, S.A. commercialises 27 premium brands made Totalmente a Mano – Totally by Hand – under the Protected Denomination of Origin (D.O.P.), including brands such as Cohiba, Montecristo, Partagás,Romeo y Julieta, Hoyo de Monterrey and H. Upmann, among others. Habanos are the only cigars that, after over 200 years, continue to be made Totalmente a Mano – Totally by Hand –, and have been a benchmark for the entire world ever since. 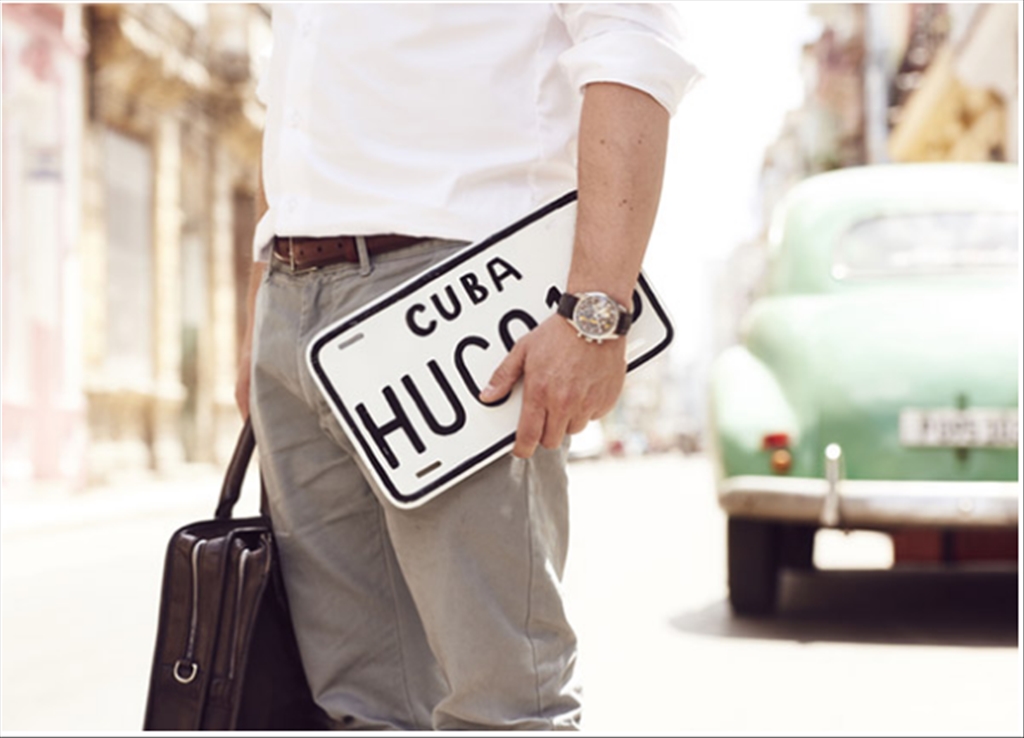