Rodrigo González has more than 15 years of experience in Communication and Marketing areas in multinational companies. He started working in Imperial Tobacco Company in 2006 where he occupied different responsibilities in the Corporate Communications and Trade & Consumer Marketing divisions. In 2014, he assumed the position of Operational Marketing Deputy Director in Habanos, a role he held until this moment. 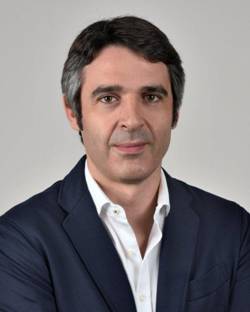 Corporación Habanos, S.A. is the world leader in the commercialisation of Premium cigars both in Cuba and the rest of the world. It has a network of exclusive distributors present in five continents and in over 150 countries.

Habanos, S.A. commercialises 27 premium brands made Totalmente a Mano-Totally by Hand- under the Protected Denomination of Origin (D.O.P.), including important brands such as Cohiba, Montecristo, Partagás, Romeo y Julieta, Hoyo de Monterrey and H. Upmann, among others. Habanos are the only cigars that, after over 200 years, continue to be made Totalmente a Mano- Totally by Hand, and have been a benchmark for the entire world ever since.