1st Third
Once lit the smoke had a full flavored profile right from the first puff. Some earthy fruit tones was the first flavor tasted with a subtle spiciness that developed as the cigar was smoked, meaning through the nose. Solid to the touch and a very smooth and effortless draw. 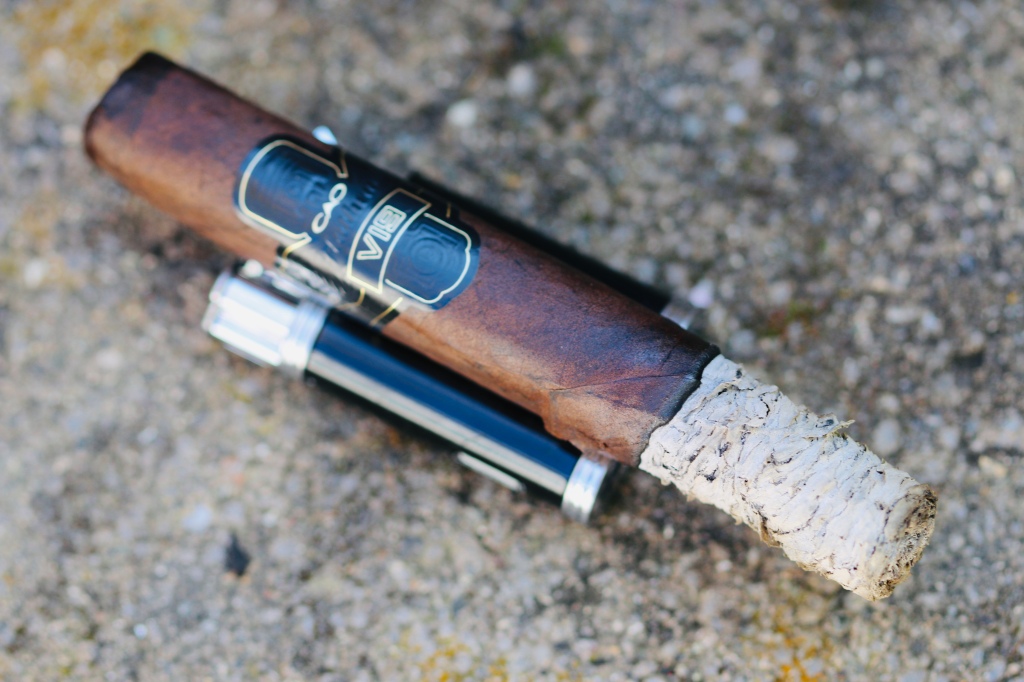 2nd Third:
A spicy edge of black pepper was steadily building when retro-haling the smoke through the nose. A burn that’s slow and produced a long, tight gray ash. Hints of coco notes produced and plenty of smoke from the foot and filled the room with a deep earthy character.

Final 3rd:
The spiciness intensified with more black pepper notes developing later on in the cigar. Full bodied hearty earthy flavors and never dominating the smoke experience. More and more of a pleasant smell that never faded throughout the entire experience. Full flavors and a well ending balance well with spiciness.

Final Thoughts:
Large amounts of dynamite comes in small packages and the Flathead V19 is one of those. The taste and construction was on point. Overall big full flavors with a touch of creamy texture. Spice developed in the nose producing an effortless draw with an even burn and outstanding character overall and right down to the nub. This was a great cigar through and through.