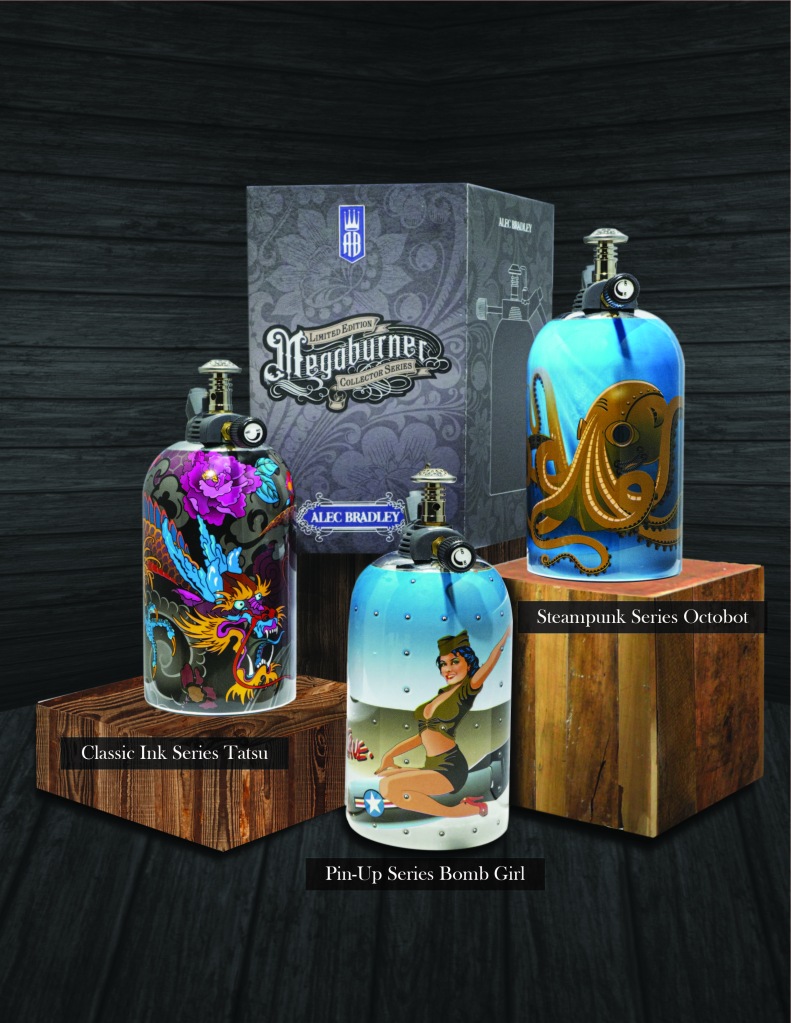 Introduced to critical acclaim in 2019, the original Alec Bradley MEGABURNER took over two years to develop. The MEGABURNER when filled to capacity allows for an estimated burn time of a whopping 8 Hours and 45 second at 30% aperture opening. The massive 70mm X 107mm gas tank is arguably a blank canvas primed for the application of stunning artwork.

“The size of the MEGABURNER tank offers a unique opportunity to allow creativity to run wild,” Alan said. “Having commissioned projects with Ralf before, I knew that his visionary style and use of color could help me achieve my goal of presenting distinctive pieces with collector’s appeal. I gave him the three series names and let him run with the rest. The results speak for themselves!”

Each lighter is presented in a luxurious presentation box. The box design teases the collector with the MEGABURNER silhouette and a sample of the lighter artwork. Upon opening, the lighter and the story of the artwork’s inspiration are revealed.

The Limited Edition ’Pin-Up Series, Bomb Girl’, ‘Steampunk Series, Octobot’ and ‘Classic Ink Series, Tatsu’ MEGABURNERS will begin shipping to tobacconists in October. MSRP has been set to $150.00 per lighter.