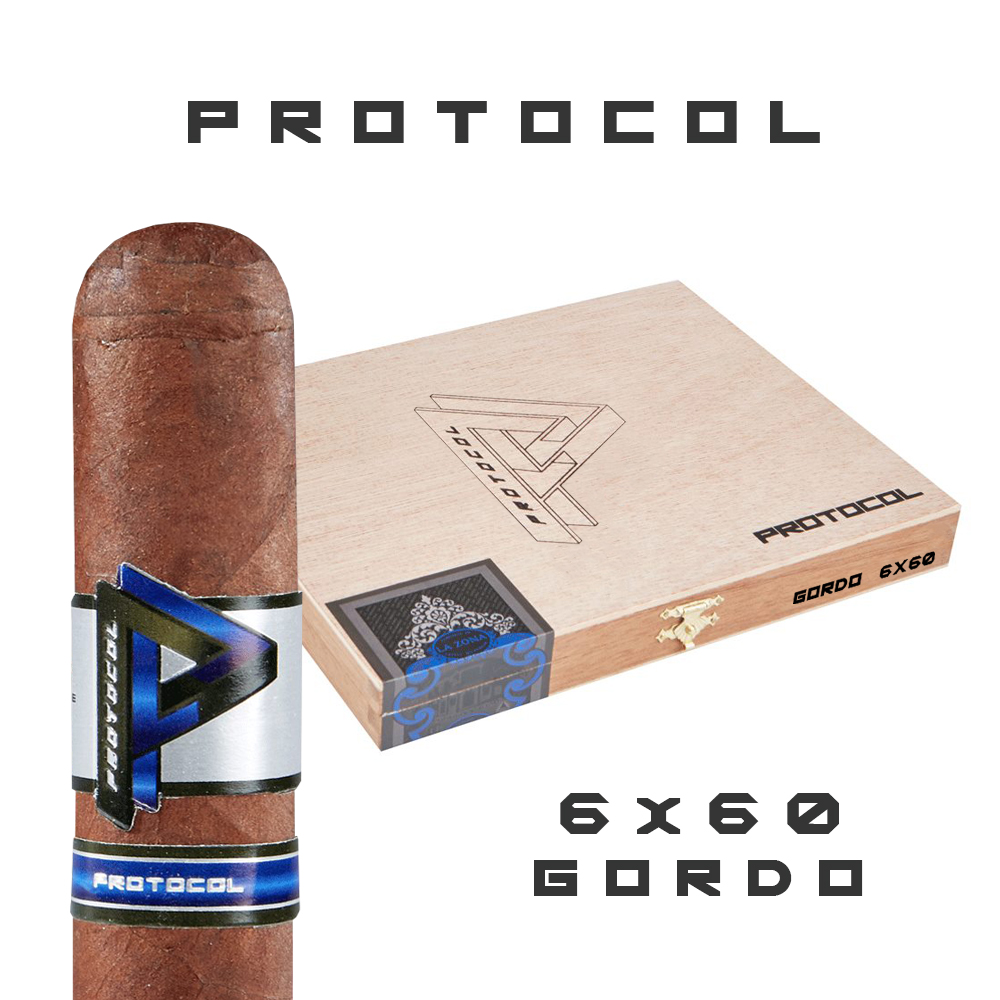 Protocol Cigars is pleased to announce a 6 x 60 Gordo line extension in the Protocol “Blue” Line debuting at the 2021 PCA Trade Show. The Protocol “Blue,” which it has unofficially been referred as, was the first release for Protocol Cigars back in 2015. As it stands the original Protocol line comes in a 6 x 52 Toro, a 7.5 x 38 Lancero, and a 5 5/8 x 46 Corona Gorda. This is Protocols first 6 x 60 cigar and we are planning on doing more Gordo line extensions in the future if this goes well. “The demand for a 6 x 60 has steadily been increasing over the years from our supporters, so we decided to feed that demand.” Said Kevin Keithan co-owner of Protocol Cigars.

The Protocol Gordo will be the same blend as the original line. It will be a Ecuadorian Habano Oscuro Leaf, wrapping around a Nicaraguan Habano, covering all Nicaragua long fillers. This cigar has quadruple ligero in the blend, making it full bodied and bold. The double habano wrapper and binder combination balances out the quadruple ligero giving it a creamy finish. “We had to listen to the demands for a 6 x 60 vitola, so we couldn’t think of a more appropriate blend to launch a Gordo than the original “Blue” Protocol. We feel this blend will hold up great in a 6 x 60 format” added Juan Cancel founder and co-owner of Protocol Cigars.

Like it’s predecessors, The Protocol Gordo will be manufactured at the La Zona Factory in Esteli, Nicaragua under the watchful eye of Erik Espinosa and under the tutelage of La Zona’s Master Blender: Hector Alfonso Sr. The MSRP will be $110 per 10 count box and $11 per single stick. The cigar will ship shortly after the PCA, tentatively.