Alec Bradley Cigar Co. today announced that they will be rereleasing their innovative triangular shaped Trilogy line of cigars in very limited quantities. Alec Bradley’s founder Alan Rubin dreamt up Trilogy during a fishing trip with some other cigar manufacturers. At one point, the conversation moved to cigar shapes, and one of the manufacturers turned to Rubin, tell him that he just cannot come out with another round cigar. Challenged by the statement, Rubin started drawing up plans and made his way to a South Florida Home Depot, where he created his unique triangular mold. In 2002, the Alec Bradley Trilogy series was introduced in three distinct blends: Authentic Corojo, Exotic Maduro and Native Cameroon. Trilogy had many years of success, and some may still be found in market, but the line was eventually discontinued as Alec Bradley’s cigar portfolio grew. Overall demand for the line lingered. 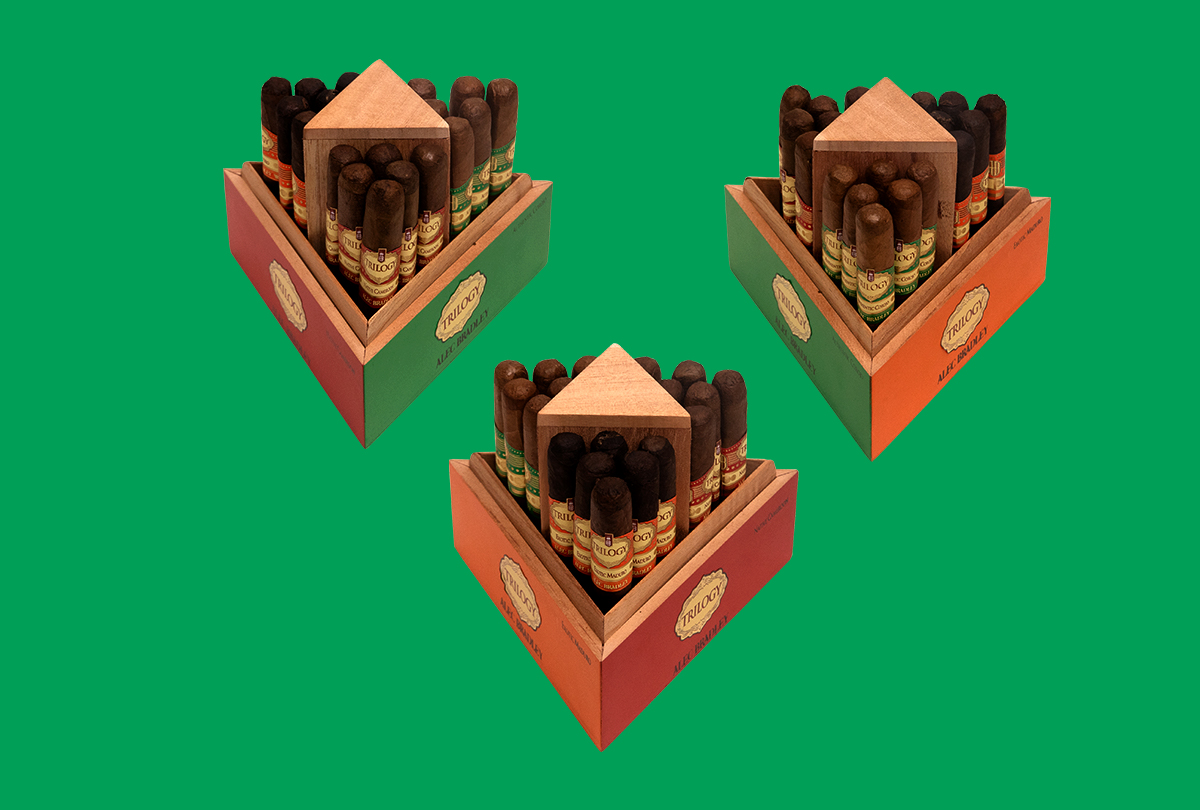 “When I started in 2017,” Bradley said, “I was asking about bringing Trilogy back and 4 years later, Alan finally said yes! Trilogy is a line that helped build the Alec Bradley brand; now our advocates, old and new, get to smoke a piece of AB history.”

Beyond the samplers for Smoke Inn, Alec Bradley plans on releasing 10-count boxes of Toro (6″ X 52 Ring Gauge) sized Trilogy cigars in each of the three blends. Production will be limited to 1000 boxes of each and will be offered to US tobacconists later this year. Pricing, offering date and delivery date have not yet been announced. According to Bradley, the Trilogy Toro sized cigars may only be a one-time release.