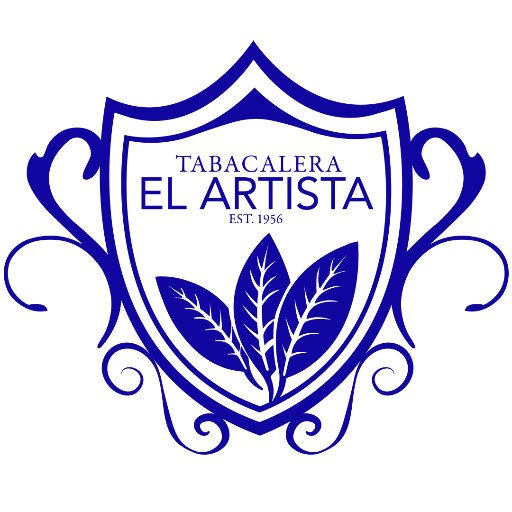 ARTISTA REBRAND
According to Ram Rodriguez, President of Artista Cigars: “The shift from El Artista Cigars to Artista is a natural progression for the company. We are simplifying, modernizing, and moving forward with a bold new initiative. We are so proud of the success we have with individual brands such as Buffalo
TEN and Big Papi, and now is the time to have our own brand name. We have created a new Master Brand under which new blends are being introduced this year and more will soon follow”.

“The series segmentation strategy helps retailers and consumers see our progression over the last ten years and draws a clear line for the future,” states Kevin Newman Vice President at Artista Cigars. “The addition of a Master Brand is big step towards a bright future for Artista. Of course, we
plan to support our existing Factory Classics & Rugged Country series by continuing to produce these existing lines – they have a huge fan base – in the coming years our focus will be on growing the Artista Series, launching creative projects through Artista Studio Works, and occasional new
releases in the David Ortiz Series.”

The reshaping of the Artista logo and style was led by design firm RED Brand Design (https://www.redminds.com/company) in Los Angeles. The Artista Cigars rebrand includes a new logo, all new website, (http://www.ArtistaCigars.com), and a redesigned booth produced by Gloval
Displays (http://glovaldisplays.com) in Miami, all set to debut at PCA 2022 in Las Vegas. “It was fully a team effort,” says Newman, “all year long these amazing teams worked with the Factory to ensure everything goes as planned. We really think people are going to love it”. 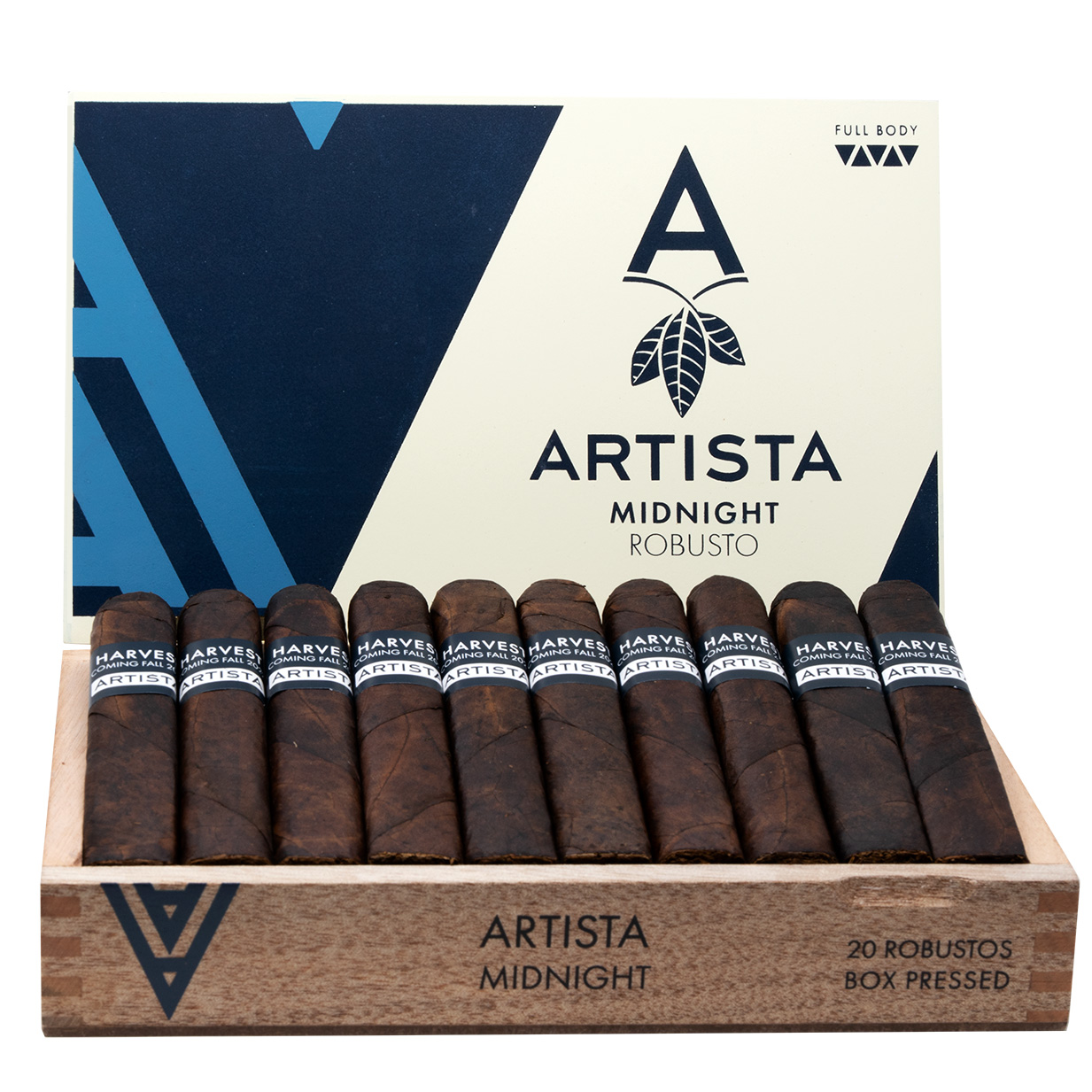 Along with the rebrand of Artista Cigars the company is launching a Master Brand: ARTISTA. Two new lines titled ARTISTA Harvest and ARTISTA Midnight will debut in 2022 with many more to come. The ARTISTA Series represents the factory’s premium and future super-premium blends.
Each blend is represented by a moniker and matching color, each are distinct in strength and profile.States Kevin Newman: “For the Artista lines we challenged ourselves to make something different.

We spoke with our Factory Team and worked with our Agronomist. We asked them to seek new materials, source often over-looked tobaccos, and asked our best artisans to help us develop something wholly different”.

ARTISTA Harvest (Yellow-Gold) is a medium bodied blend featuring a supple, top-grade Sumatra wrapper, a flavorful Habano Seco binder, and a proprietary Dominican filler blend that is unlike anything ever offered with notes of spice, rich honey, bright elderberry, and earthy cashew and almond.

The new Artista cigar ring with Harvest Yellow / Midnight Blue accents adorns the cigar and references the colors on the cigar box painted to match the band. Artista Harvest & Artista Midnight are offered in boxes of 20 cigars in two sizes each: Box Pressed Robusto 5×54 and Box Pressed Toro 6×50. Artista Harvest & Artista Midnight are line-priced: MSRP per cigar is $10.20 for the Robusto and $10.40 for the Toro.

Artista Harvest & Artista Midnight will be on display as prototypes and available for pre-order sales at PCA 2022 in Las Vegas. The Artista Series is available to North American, European, Norwegian, and Swedish retailers starting in the Fall of 2022. 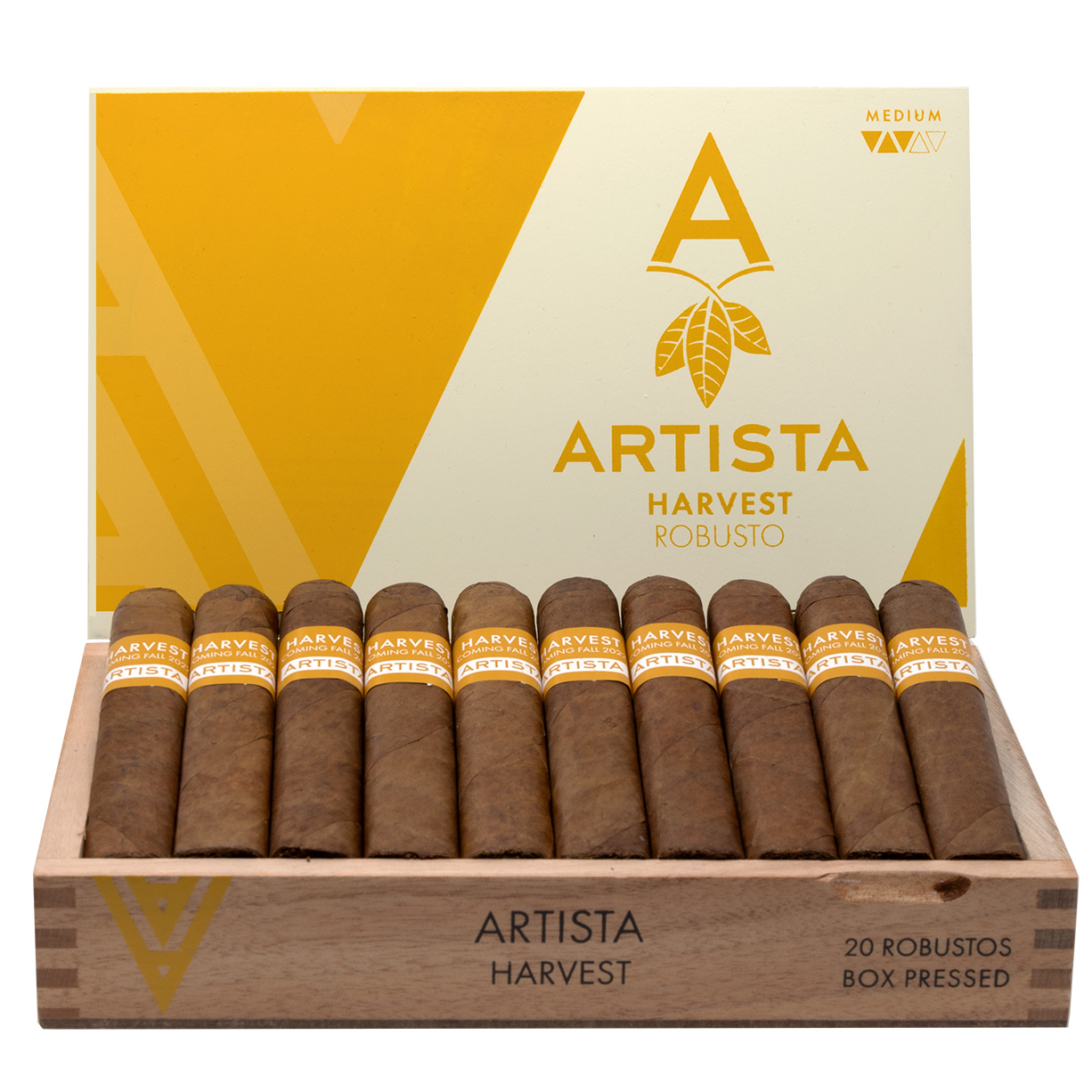 ASW Paperboy is a newspaper-wrapped bundle of 8 Petite Coronas. The newspaper bundle wrap features wild stories of factory folklore and totally “fake news” stories completely in Spanish. States Kevin Newman: “PaperBoy is a throw-back to a time when we got our news delivered to our doorstep every day, and in some places, twice on Sunday. It’s a brand of nostalgia and it’s fun”.

ASW Paperboy is offered in one size, 4×44 Petite Corona, and in two wrappers: Ecuadorian Connecticut Shade and San Andres Maduro; the binder and fillers are the same in both. MSRP is $24.50 for each 8-CT bundle. ASW Paperboy will be for sale at PCA 2022 in Las Vegas and available to retailers the first week of August 2022.

ABOUT ARTISTA CIGARS & TABACALERA EL ARTISTA
Tabacalera El Artista S.R.L., the factory of record for all Artista Cigars, started operations in Tamboril, Dominican Republic in 1956. Today TEA is one of the nation’s largest producers of premium cigars. TEA produces millions of cigars each year and distributes throughout Europe, Canada, United States, Sweden, and Norway. Additionally, TEA manages farms in the Caribbean and South America where it grows premium tobacco leaf which it utilizes in its proprietary blends as well as sells to top cigar manufacturers in Nicaragua, Honduras, and Dominican Republic. Artista Cigars is distributed by Tobacco & Cigars Distribution Corp in Miami, FL.