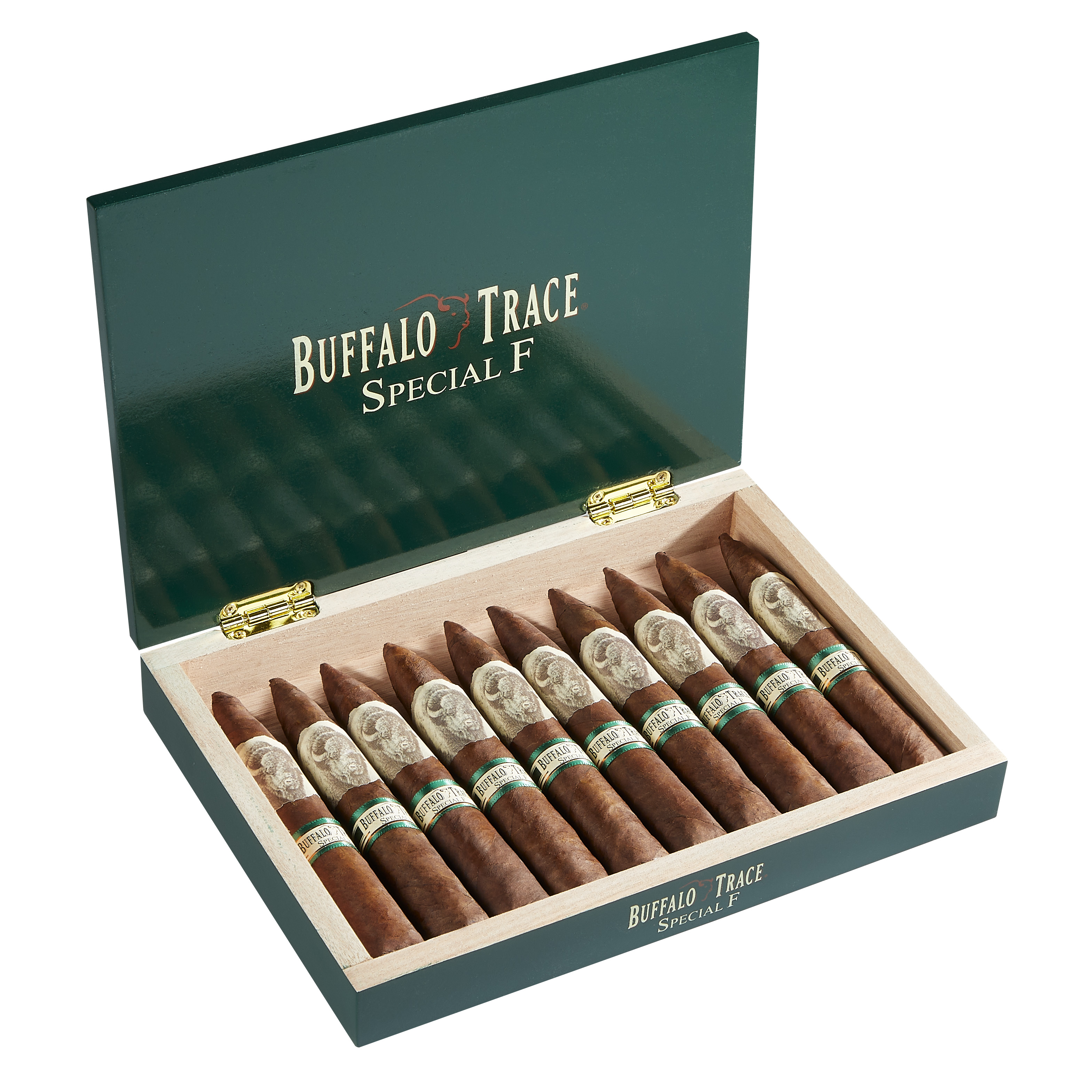 Scandinavian Tobacco Group (STG) announces the launch of “Buffalo Trace Special F,” a limited-edition cigar created in collaboration with famed whiskey maker Buffalo Trace. Named after the unique and difficult-to-craft figurado which is a more pronounced version of the traditional torpedo, the new smoke features a binder aged in authentic Buffalo Trace bourbon barrels from the brand’s Kentucky distillery.

Handcrafted in the Dominican Republic, Buffalo Trace Special F features a rich Ecuadoran Sumatra wrapper, a blend made with Dominican and Nicaraguan tobacco and a Brazilian Arapiraca binder that has undergone a full six months of aging in Buffalo Trace bourbon barrels. The barrel-aging process adds a notable complexity, subtle sweetness and a rich, oaky nuance to the blend, while the overarching smoking experience is dimensional and layered with spicy notes.

Kevin Irvine, product coordinator of STG’s Online and Retail division said, “With Buffalo Trace Special F, we set out to explore the effect that extended barrel aging would have on the binder leaf and are extremely pleased with the results. The brown sugar and toffee nuances that have won Buffalo Trace Bourbon critical acclaim are present in the cigar, in the most subtle and intriguing of ways. This is an amazing cigar and we believe it will sell out quickly.”

Buffalo Trace Special F is being released exclusively in a 6” x 60 figurado for a suggested retail price of $11.00 per cigar. The limited-edition frontmark is being sold through Cigars International online, in Cigars International retail stores and is being distributed nationally by Meier & Dutch Wholesale Cigar Distributors.

The original Buffalo Trace cigar which was introduced last year in three sizes continues to be a runaway success in all retail channels.