The year 2022 marks the 150th anniversary of the founding of the Maison S.T. Dupont by Simon Tissot Dupont and the 220th anniversary of the birth of Alexandre Dumas, the author who gave life to the character “The Count of Montecristo” and who inspired the famous “Montecristo” Habanos brand. The year 1935 also links both brands. While in La Habana, Montecristo was established as a brand, in Faverges, the prestigious Chinese lacquer became one of the most important artistic elements used by S.T. Dupont.

This anniversary is an opportunity to celebrate its passion for designing exceptional products for exceptional people, passed down from generation to generation through its unique expertise in leather goods, lighters, writing instruments and luxury accessories.

Montecristo is one of the best known and most appreciated Habanos brands. It could be considered the benchmark in terms of flavor internationally. Its name comes from the novel The Count of Montecristo, by the French author Alexandre Dumas, the novel was read by the tobacco readers and unleashed so many feelings among the cigar rollers that, Montecristo was founded in 1935, a name  given to the brand in honor of the protagonist.

In tribute to this history and to the 150th anniversary of the House of S.T. Dupont, Montecristo and S.T. Dupont are joining forces to create a unique Collection that will seduce aficionados of both brands.

The original design of these magnificent accesories is inspired by the character of Alexandre Dumas’ “The Count of Montecristo”. This unique pieces represents the beginning, the idyllic life of the young Edmund Dantes, promising captain, just man, loved… but over whom the shadow of envy and betrayal hovers.

The gradients and astral elements illustrate the Twilight.

These unique pieces represent the years of imprisonment, maturity, hope and despair, but also the escape, chance and friendship that enrich Edmund, the detailed planning of revenge. Freedom in a murky and confusing context, where the true strength of the character is manifested.

The gradients and astral elements illustrate the Night.

These unique pieces represent the denouement, the consummation of victory, redemption, the recovery of balance and peace, with oneself and the environment. The new dawn after the damage. The forgiveness.

The gradients and astral elements illustrate the Aurora. 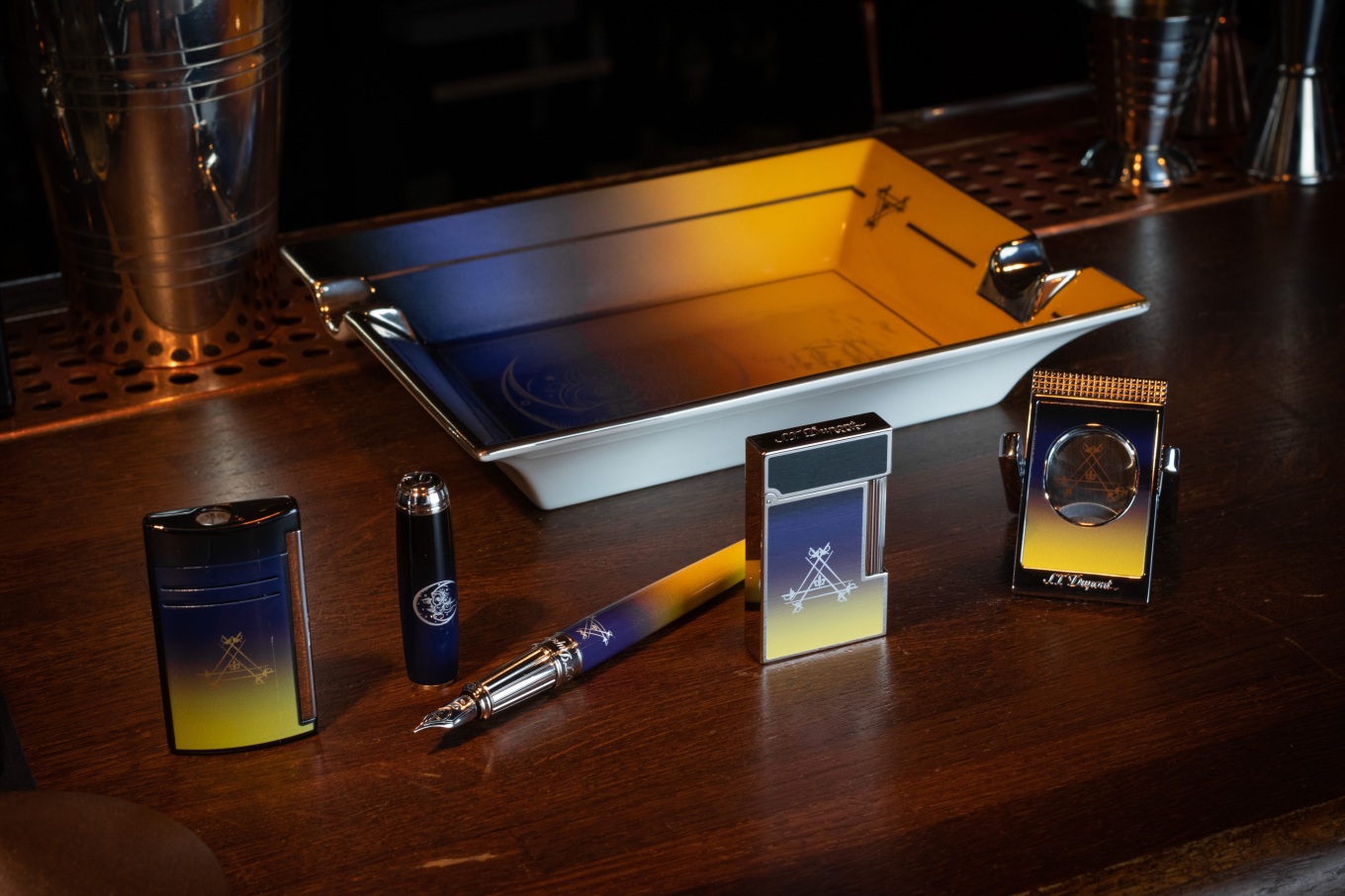 Corporación Habanos, S.A. is a world leader in the commercialization of Premium cigars both in Cuba and in the rest of the world. For this purpose, it has an exclusive distribution network present in the five continents and in more than 150 countries.  For more information, please visit www.habanos.com

Habanos, S.A. commercializes 27 Premium brands Totally handmade and identified as Protected Appellations of Origin (P.A.O.), including Cohiba, Montecristo, Romeo y Julieta, Partagás, Hoyo de Monterrey and H. Upmann, among others.  Habanos have been made Totally handmade for more than 500 years and since then they have become a benchmark worldwide.