A highly-anticipated release from Diesel is set to make its debut next month. Called “Estelí Puro,” the full-time addition to the Diesel lineup was created in collaboration with AJ Fernandez.

This tobacco-forward release is poised to become a core product in the Diesel portfolio. 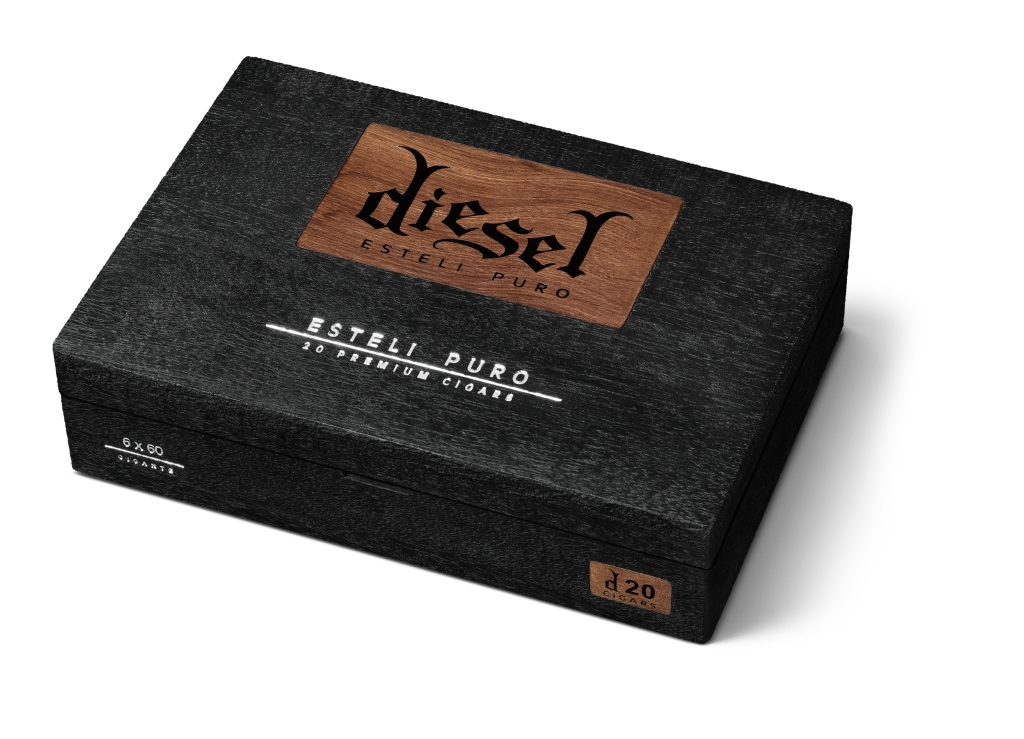 The collection harnesses the strength and complexity of Estelí’s renowned tobacco which comes from the darkest and most dense of Nicaraguan soils. Each of the tobaccos that comprise Diesel Estelí Puro were hand-selected from AJ’s farms to meet specific requirements set forth by the Diesel team. The wrapper was harvested from La Lilia, the binder from San José and the fillers from several plots including AJ’s celebrated San Lotano farm.

Senior Brand Manager Justin Andrews said, “Estelí Puro represents the future of Diesel in that the story of the blend is told by the tobacco itself. With Estelí Puro, we made a collection that is completely unique in its bold flavor profile, yet has many of the attributes that have made the other Diesel expressions a cigar of choice among dyed–in–the–wool smokers. This is a cigar that demands the smoker’s full attention with deep and balanced flavor, a strong presentation and an attractive price point.”

Blended by AJ Fernandez, handcrafted at Tabacalera AJ Fernandez in Estelí, Nicaragua and developed by General Cigar’s Justin Andrews, Diesel Estelí Puro is made with hand-selected leaves that are cultivated, processed and aged by AJ’s team. Heady aroma and spice dominate, lending body and dimension to the cigar, and delivering a smoke for experienced palates.

Diesel Estelí Puro will be available in three sizes, sold in 20-count boxes and will begin shipping to retailers on September 1

Handcrafted by artisans in Esteli, Nicaragua, Diesel cigars are “bold by design.” The brand challenges the current conventions of the handmade cigar category through the bold, unapologetic style of its Cigar Master, AJ Fernandez. Diesel cigars are unified by their deeply complex flavor which is achieved through AJ’s steadfast adherence to time honored cigar making techniques and his insistence on using the highest quality tobacco. The Diesel portfolio includes Hair of the Dog which was released in 2019; Whiskey Row which launched two expressions, one in 2019 and one in 2018, and Diesel Grind which debuted in 2017. For more information, visit www.dieselcigar.com.