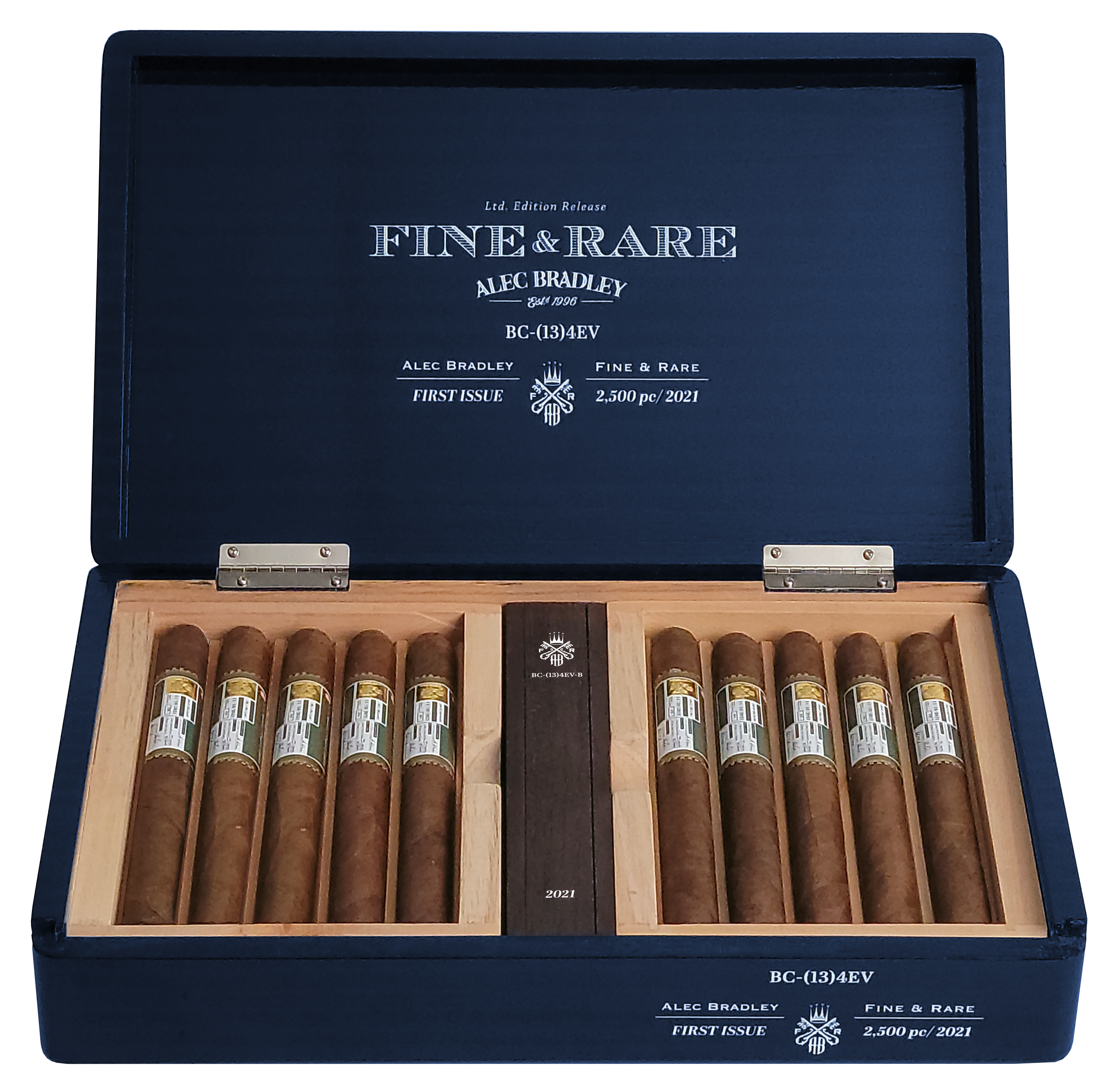 Alec Bradley Cigar Co. today announced that they are now shipping US allotments of Fine & Rare BC-(13)4EV. Originally scheduled to arrive to appointed tobacconists by November 18, 2021, packaging for this Fine & Rare release was affected by supply chain issues plaguing the cigar industry. Containing eleven cigars to celebrate the 11th iteration of the project, only 2500 Fine & Rare BC-(13)4EV collectable sets were created for global distribution. Ship dates to international accounts are unavailable at this time.

For this special release, Alec Bradley founder, Alan Rubin blended BC-(13)4EV, a first of its kind 7″ x 50 ring-gauge, ‘Churchill’. As well, he created the BC-(13)-4EV-B, an undisclosed “very special” vitola presented in its own coffin within the collectable set. Although the blends and shapes are different, both cigars showcase 10 distinct tobaccos, a defining characteristic of the Fine & Rare project. As is tradition, both ultra-premium cigars feature an exclusive estate grown wrapper from Trojes, Honduras set atop a blend of rare binder and filler leaves from Nicaragua and Honduras. Each of the 2500 Fine & Rare sets contain ten BC-(13)4EV cigars and a singular BC-(13)4EV-B cigar. Mr. Rubin noted that Alec Bradley will not be the first to identify the size and shape of the “very special” BC-(13)4EV-B,as he wants tobacconists and enthusiasts to reveal and experience the cigar firsthand.

For media inquiries, please contact Jonathan Lipson at jlipson@alecbradley.com or by phone at 888-426-4397.

Not responsible for typographical errors.